Around the World with the Modern Work Tour

They have written a book about their travels and the new principles of Modern Work (publication date: October 2021). We talked to Anna about the sparking idea, her fondest travel memories and plans, and much more.

1. Anna, how did you come up with the idea to start a Modern Work tour?

We have often asked ourselves the question, how is modern work actually done around the world? Even before the Modern Work Tour, we had already visited many city trips as coaches, as we accompanied IT and development teams. In doing so, we got to know many perspectives.

But our customers also gave us tips on where there are partners in other countries who are successfully living innovative New and Modern Work concepts. We then met and exchanged ideas with these companies, such as Skyscanner.

We enjoyed this so much that we thought, we actually have to take this up bigger! At the same time, we wanted to make our accumulated knowledge available to more people. Thought about it, planned it and then we went for it in May 2018.

2. You guys hit the road long before the pandemic, how did Corona affect your Modern Work Tour?

We traveled from May 2018 to April 2020 and then had to take a break due to the pandemic. At that time, we were in Namibia and were flown to Germany with the help of a repatriation action by the German government.

Actually, Brazil and Chile were still on the plan, then we would have traveled all continents! There, we also have friends and acquaintances who invite us to come over soon. However, we are waiting until fall of next year and hope that the trip will be possible without restrictions until then.

3. How would you define New Work and how is it different from Modern Work?

The concept of New Work was already developed by Frithjof Bergmann in the 70s. For me, it means above all self-exploration, what do I actually want and how can work be rethought. New Work also blurs the distinction between private and professional life. Up until Frithjof Bergmann's death (2021), we often talked to him on the phone and discussed things, because 'what do I really want' was too vaguely defined for us.

We are specifically concerned with how to implement one's own reflection and desired changes. For this reason, we developed the "Reflect-and-Act Model", which is part of Modern Work. It is about reflecting on one's own needs and goals, defining them concretely and also planning how to implement them. The difference to New Work is that it is not only about wanting, but also about doing! The new wishes or goals of the employees or the whole team must also be implemented and not only the current situation is reflected.

In New Work, Frithjof Bergmann focused especially on the individual, while in Modern Work, above all, the current modern influences are included, such as sustainability or diversity, these values were also considered in New Work, but viewed in a completely different way. We wanted to adapt New Work to our current times.

4. You were able to get to know diverse ways of working on your travels, what did you notice in particular? What are the biggest differences?

What I found particularly exciting, and what is also one of the biggest insights for Modern Work, is that all over the world, in all 34 countries, people perceive and design their work differently. It was particularly striking that no one outside of the German-speaking, Spanish, and American work worlds was familiar with the concept of New Work. In the other countries, only Future of Work or Flexible Work are known.

But everyone agreed on one thing: Work always needs a drive!  In New and Modern Work, this is called Purpose. Purpose was defined in many ways in the countries, starting with a businessman from Australia who has shed his role as CEO and now calls himself CPO (Chief Purpose Officer). In order to nurture the potential of his employees, he wanted to lead by example himself and change the way he led.

As CPO, his main task now was to engage with his employees, get to know the individual worker and learn about their needs. Then work or project plans were changed and aligned with Purpose. His mission is to make work more human again. Actually, the company was a business consultancy and through the new drive, new areas were created such as gaming apps and its own magazine. For me, this is a great example from Sydney of how a company can change by implementing Purpose. Frederic Laloux already said, "Become an evolutionary company, the purpose of the employees shapes the purpose of the company".

The book was created from over 50 interviews and from these we have developed the 9 principles for Modern Work, for each concept a concrete example company is presented. All other concrete examples and our journey experiences can be read in the book.

5. Anna, you have not only traveled a lot internationally, but also in Germany, and have spoken with various companies. New Work is a household word for many in Germany, what about Modern Work? Are Germans doing what they really want to do?

We are doing quite well in the German-speaking world. For example, many companies want to advance digitalization to enable home offices and flexible working hours. Some companies think that this means they are already New Work, but the core of New and Modern Work is missing.

Often, a cool office is set up superficially and a modern work concept is created, but Modern Work is primarily about attitude. How can we work well together, what are our competencies? How can we promote employees according to their interests and not according to their performance? How can we combine different perspectives in areas of knowledge that are not per se in the hard skill area?

Modern Work is about enabling knowledge networking and encouraging motivation to think about and reflect on such things. For Germany, I would wish that German Angst, hesitancy and a problem-oriented approach would not always come up immediately with new ideas. In some countries you wouldn't expect it from, like Nigeria or Kenya, people are much better networked among themselves.

They know about the skills of their fellow human beings and draw on them. For Germany, it would be very beneficial if companies combined the experience and skills of their employees, including a little more courage to try new things.

6. If you could start traveling tomorrow, no matter where, which place would you go to?

I would first travel to South America, towards Chile. Then, on the way to the north, I'd keep making stops along the way. So we would actually have traveled to all continents and would certainly get to know even more exciting people and companies on this trip!

Thank you for the interview, dear Anna, and we are already looking forward to the book! 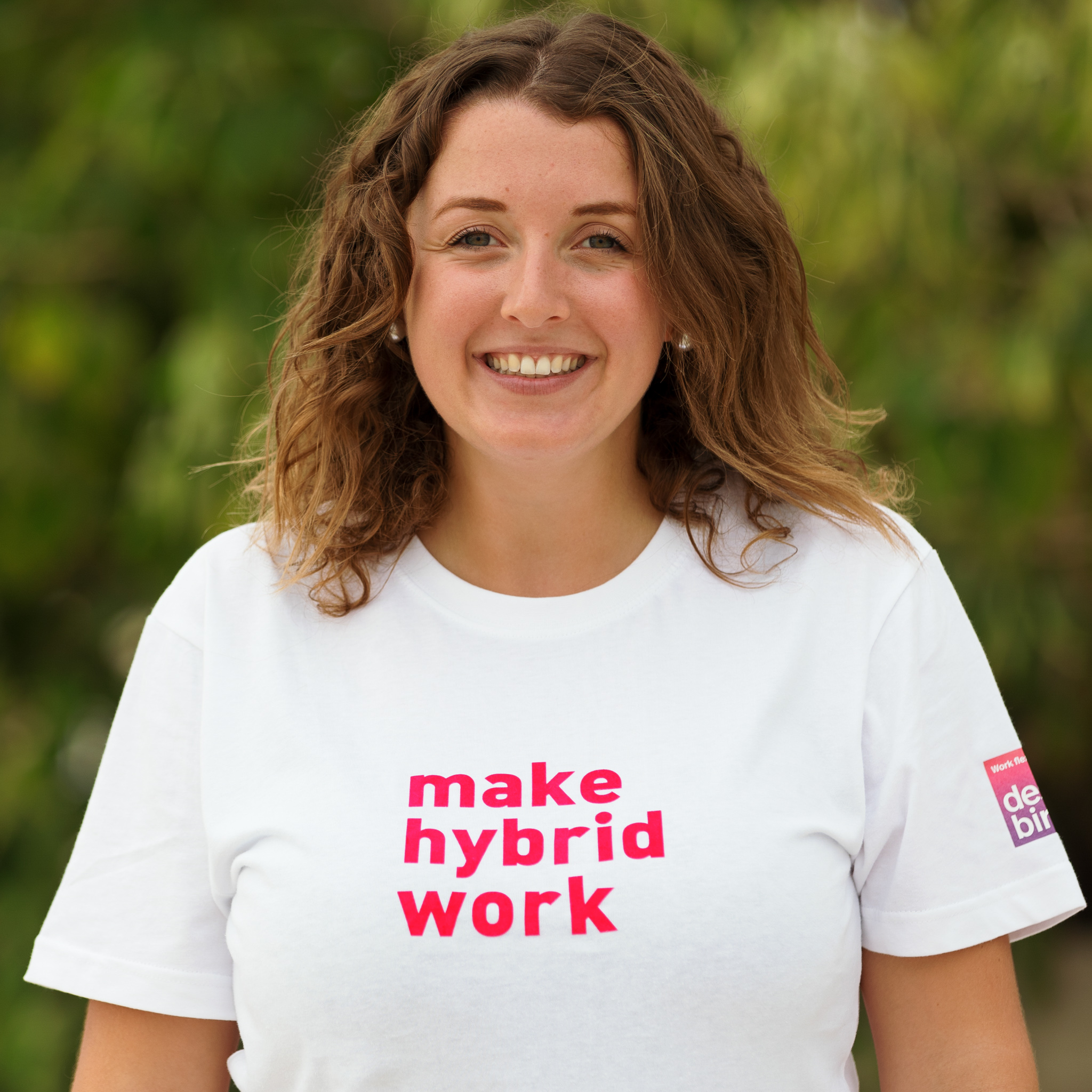 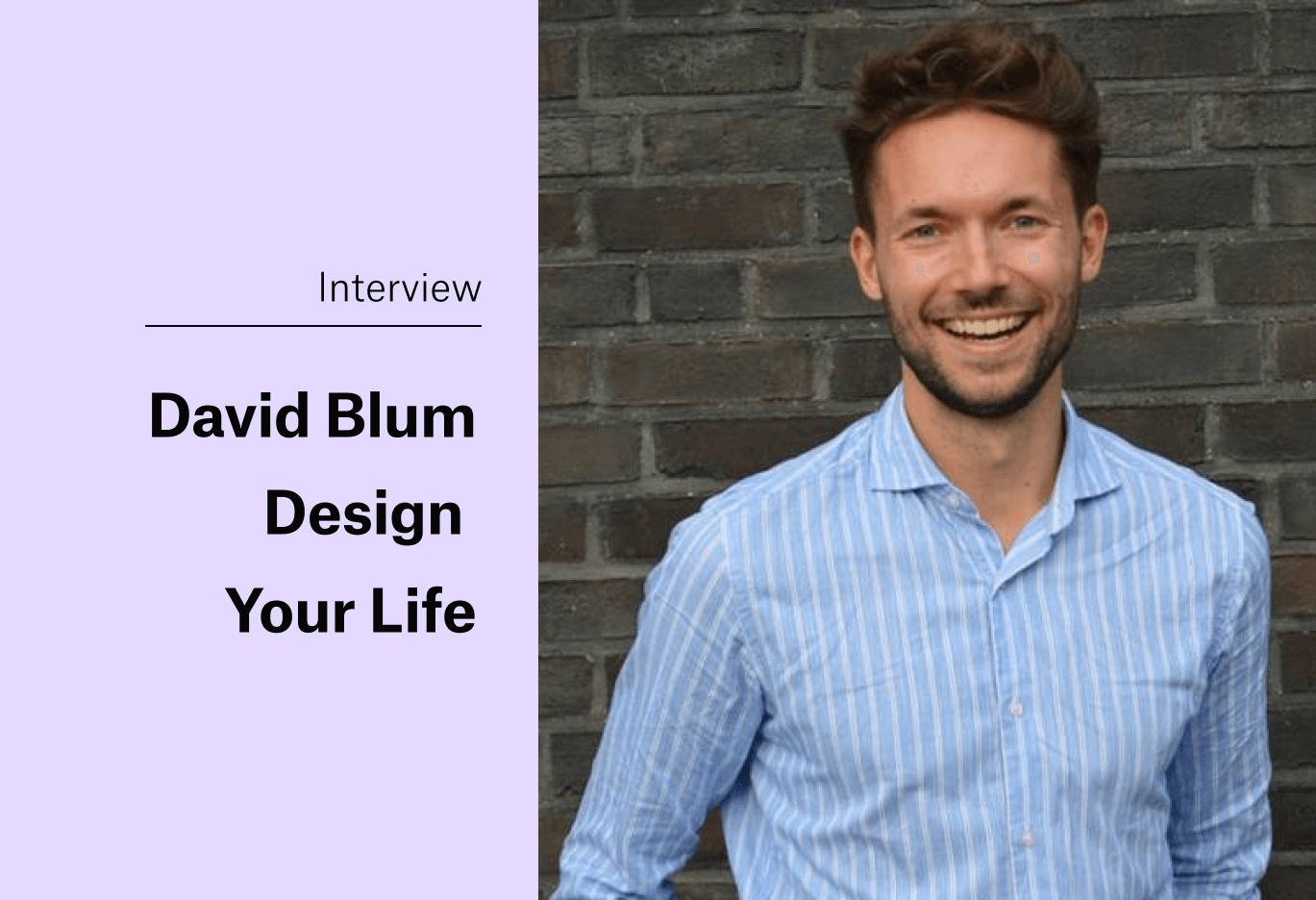 On the Search for Purpose with David Blum

Purpose, variety and freedom. Since David Blum realized that a classic business career is not what he wants, he has been searching for a meaningful job and now helps other seekers of meaning with Blum Coaching. How and where to find it, what Life Design is about and much more you can find out in this interview. 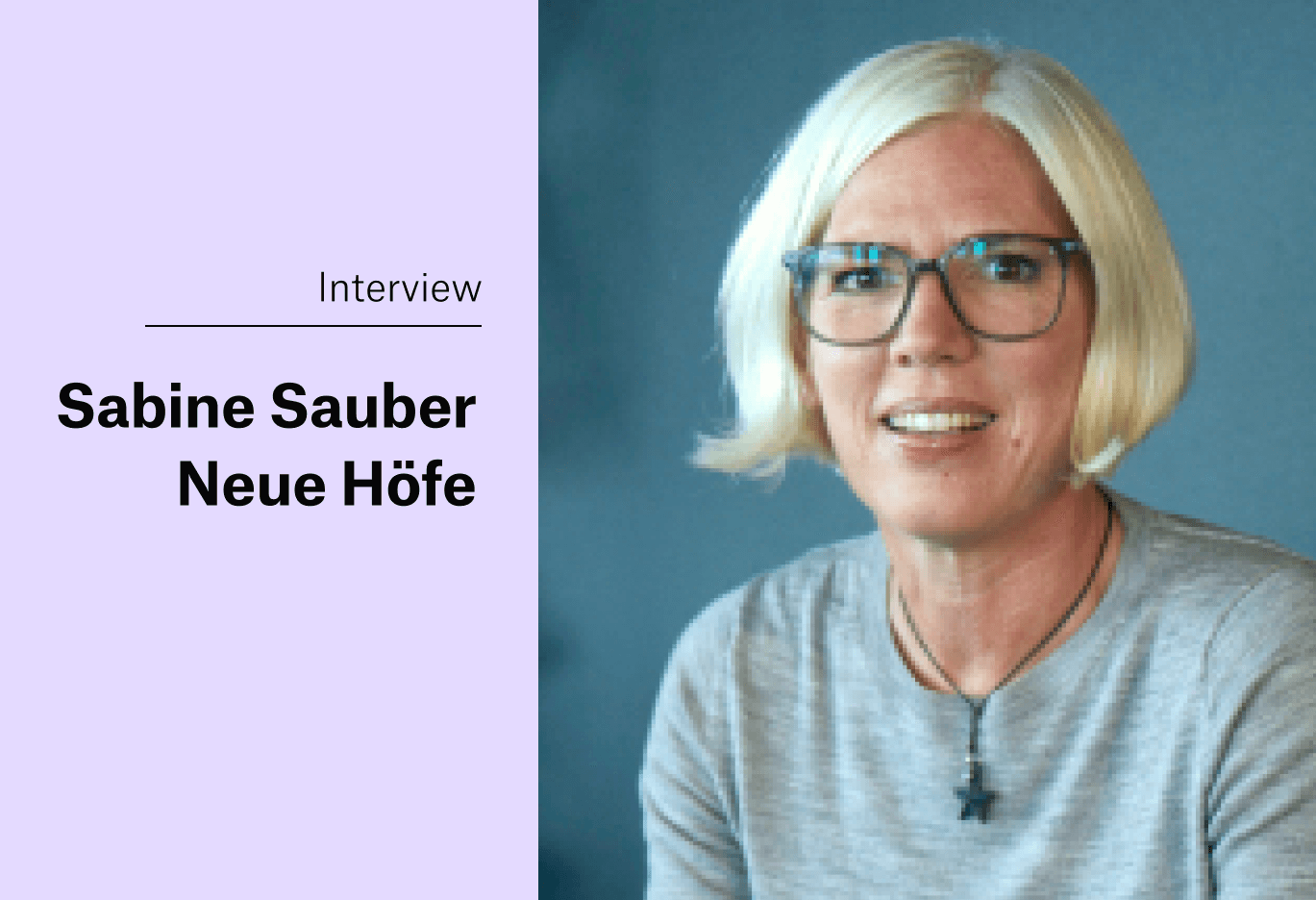 The Pioneers - The New Working World of the Neue Höfe

Sabine from Design Offices, the largest provider of corporate coworking, shares how "workplaces shape". Read about how work environments and office environments need to look like to positively influence the people who work in them. 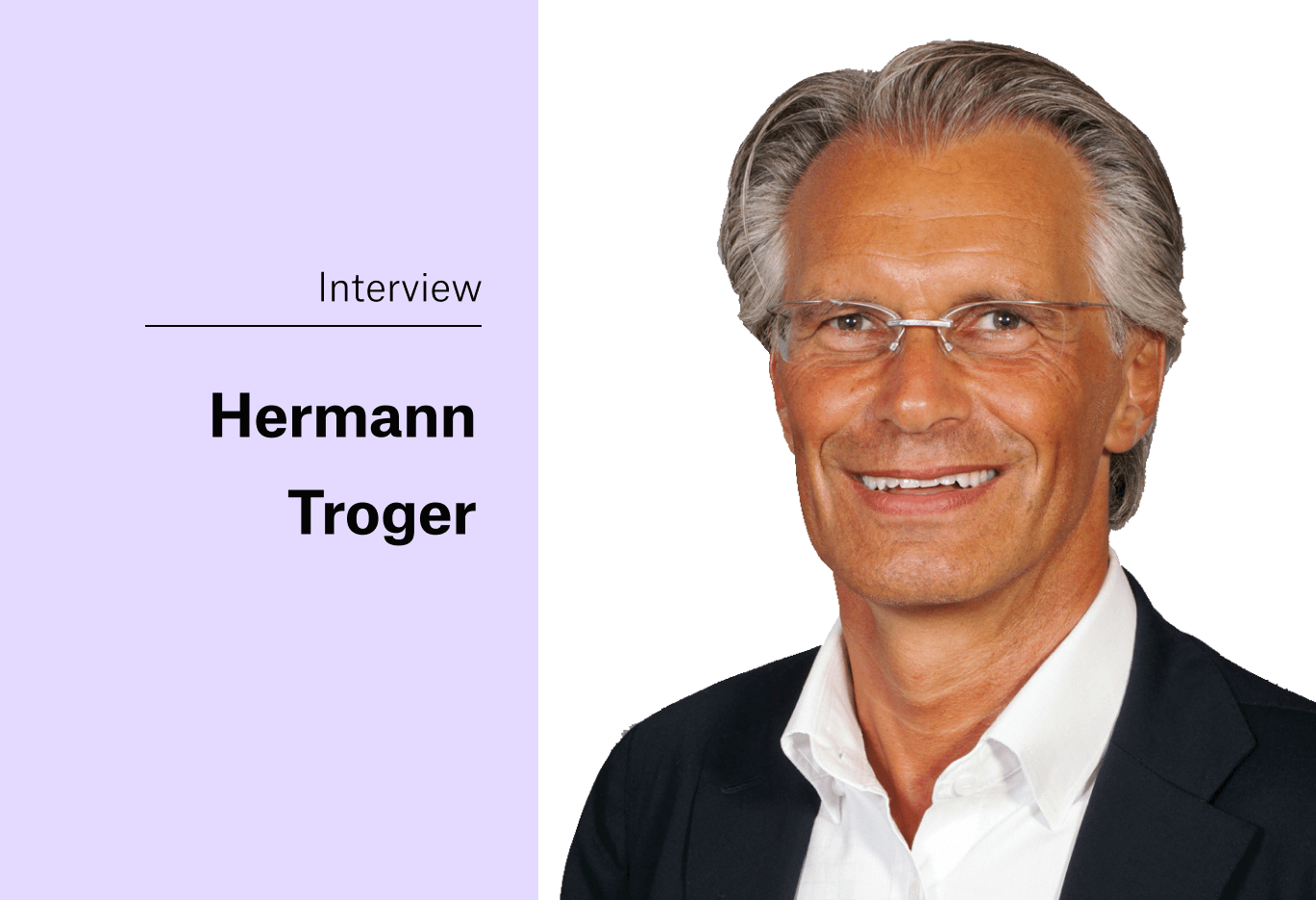 Human Resource Management of the Future - An Interview with Hermann Troger

Find out what Hermann Troger means by the so-called VUCA working world and what the biggest challenges and future trends for companies are from an HR expert's perspective.

Get the Future Workplace Newsletter

Subscribe to our bi-weekly newsletter for workplace pioneers to receive the latest stories, news and insights directly in your inbox.

🎉 Thank you! Your submission has been received!
Oops! Something went wrong while submitting the form.