Enabling organizations to let their hybrid workplace take off.

We are here to support organizations to unlock the potential of a hybrid workplace. 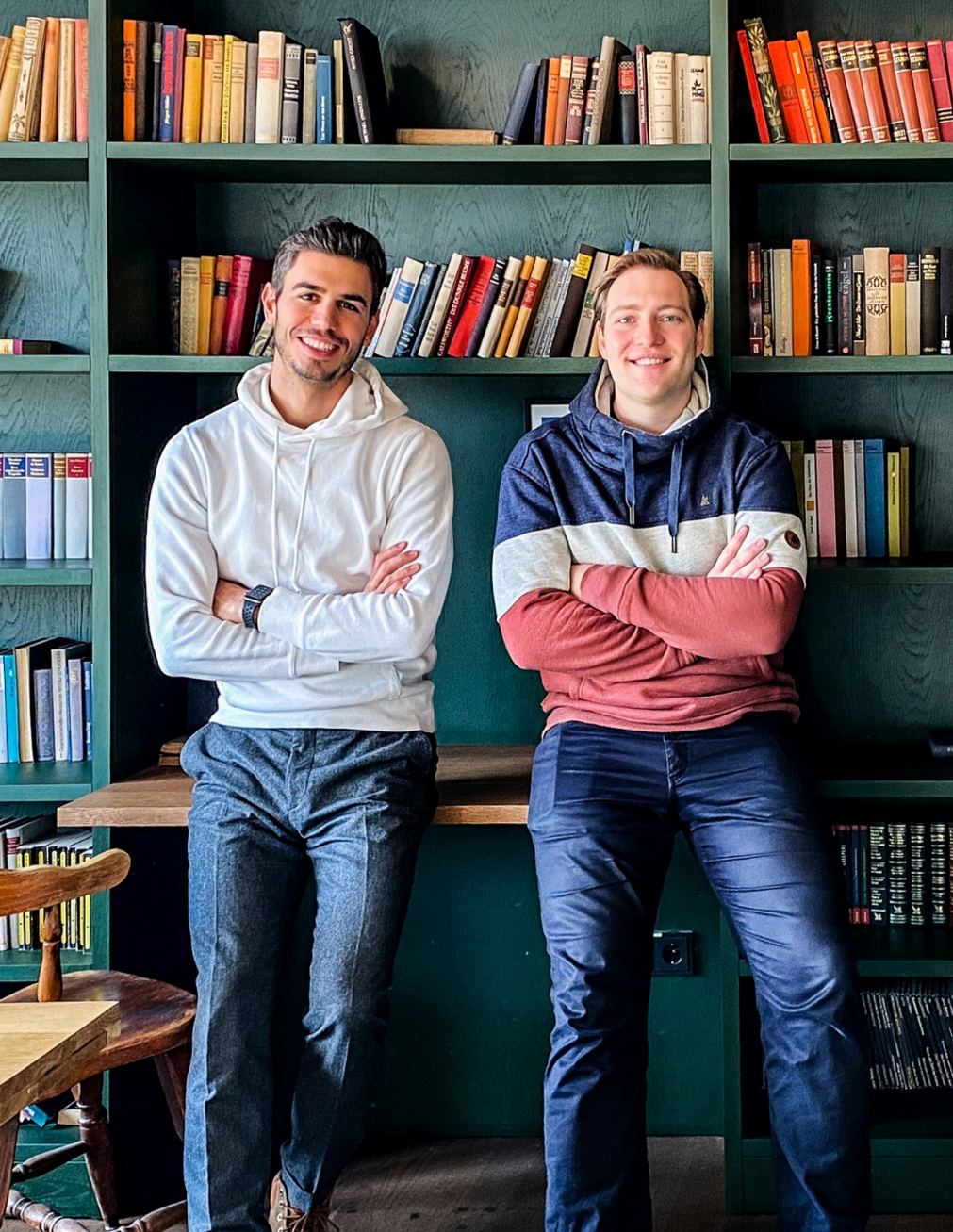 We want to foster and shape the new way of working by developing the world's leading software platform enabling organizations to unlock the potential of a hybrid workplace.

We offer organizations around the world a technology platform to manage their hybrid office and make the most out of their workspaces. We deliver employees an unrivalled simplicity and experience in working and collaborating in the new hybrid world.

We are a fully-remote team dedicated to shaping the new way of working. 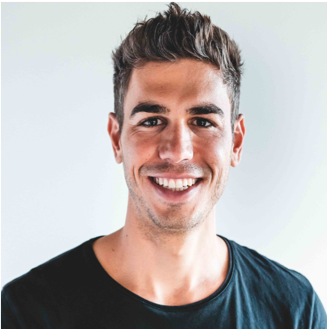 Prior to deskbird, Ivan worked as a consultant at BCG and in various positions at Morgan Stanley and Credit Suisse, as well as for a foundation in Costa Rica. Ivan has a master’s degree in Economics from the University of St. Gallen. 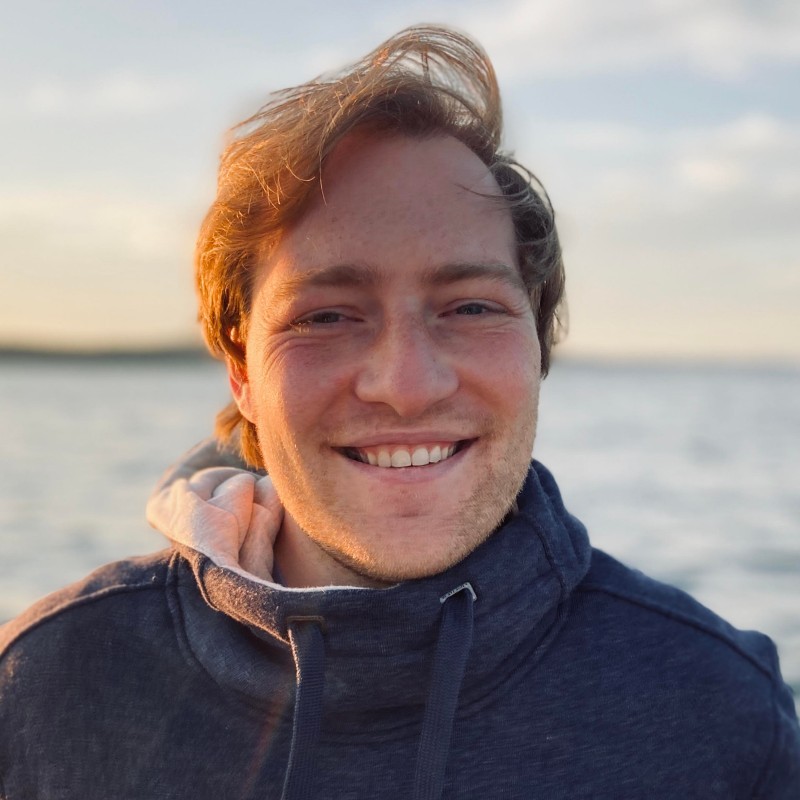 Prior to deskbird, Jonas worked as a strategy manager at BMW Group and as a consultant at BCG. Before that, he worked in various positions in startups and corporates in Munich, New York and Southern France. Jonas had academic stations at Technical University of Munich, UC Berkeley and CDTM, with a Master’s degree in Electrical Engineering and an Honors Degree in Technology Management. 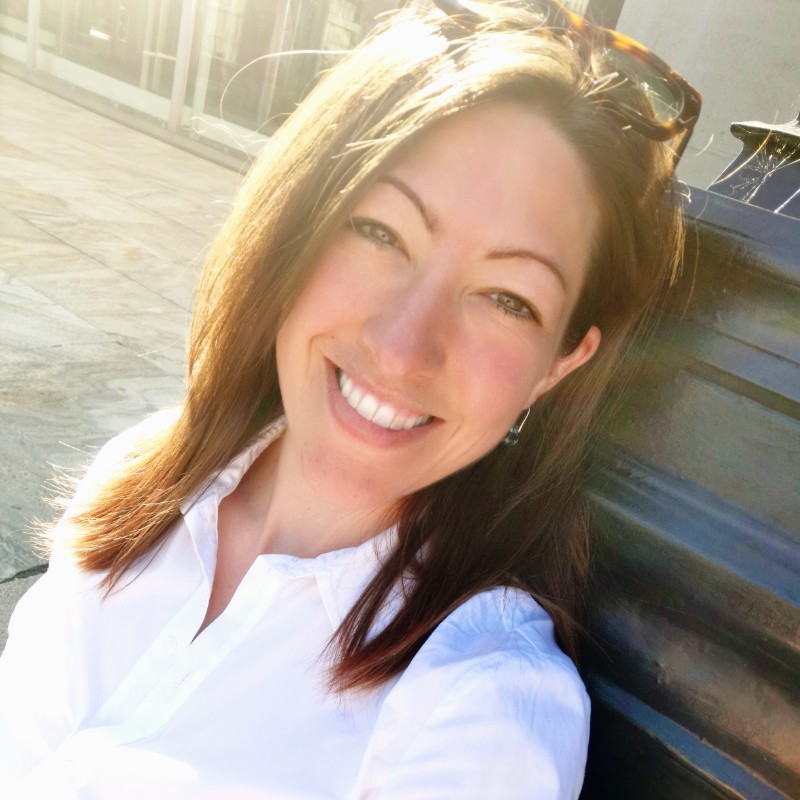 As a digital marketeer, Jennifer has built, branded and tracked campaigns for brands such as BMW and FIFA’s partners Visa, Qatar Airways, Coca Cola and others. Her passion for user insights and processes then lead her to become a UX professional. She holds a master’s degrees in international management (CEMS) and marketing from the University of St. Gallen. 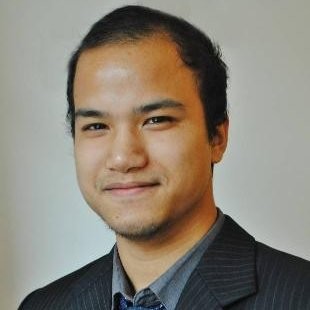 Samit advises deskbird on frontend development at deskbird with special focus on Android native development. Samit has more than six years experience in software development and holds a master’s degree in computer science from Technical University of Munich (TUM). 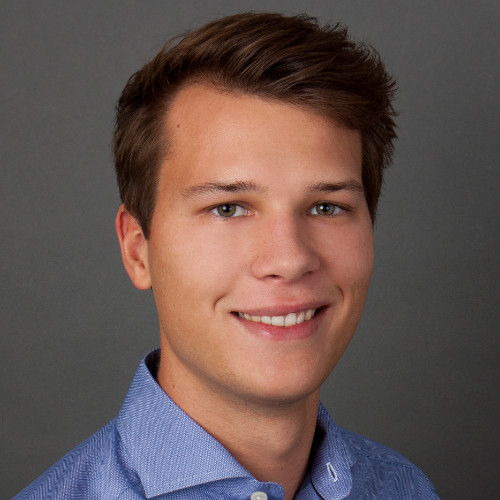 Prior to deskbird, David was engaged in the strategy department at BMW Group and as an account manager in a marketing agency. David’s academic education began at the Ludwig-Maximilians-University Munich. He then moved to Lisbon, Portugal to complete his master’s degree in management at NOVA School of Business & Economics. 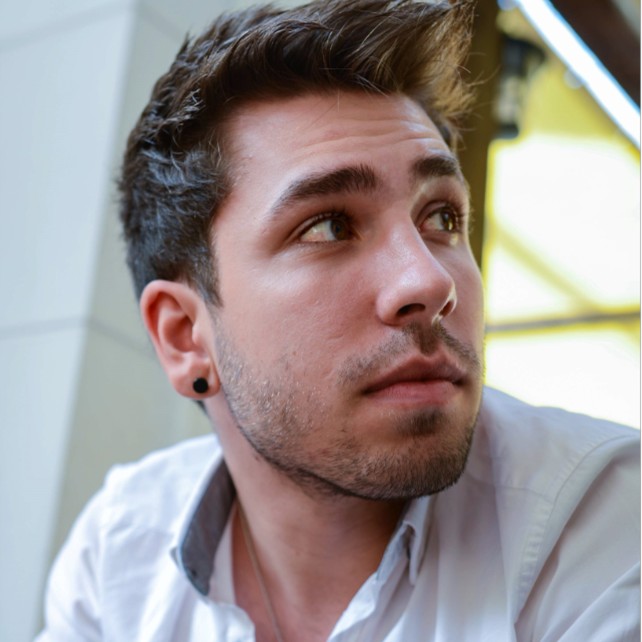 Mihai is a passionate iOS developer from Bucharest with a bachelor degree in Computer Science from the University of Bucharest and over 5 years of experience in iOS development. After two years as lead iOS developer for a big e-commerce company, he joined deskbird in hope of doing more of what he loves and that is to bring great value to a product through an awesome iOS app. 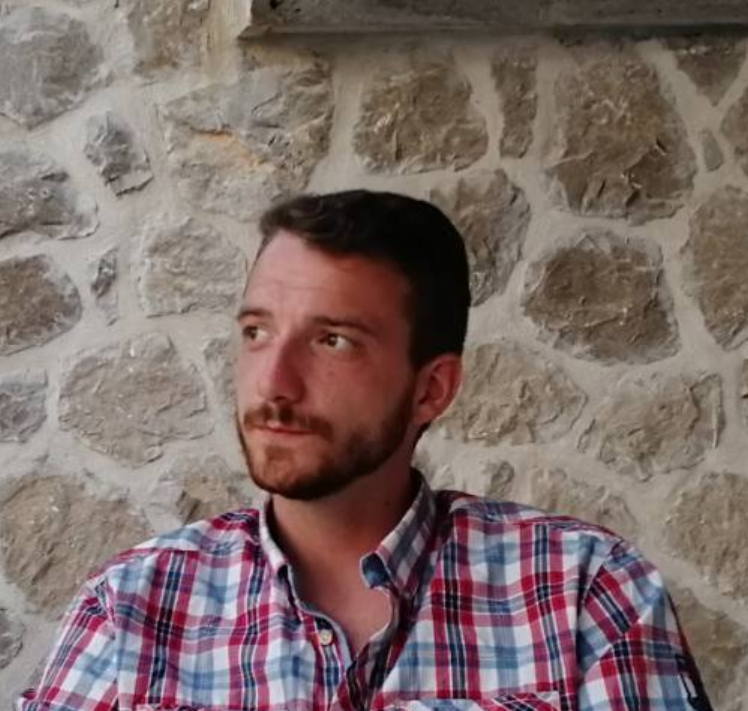 Marko has been working as a full stack developer in Belgrade for over 5 years after having majored in informational systems and technology. He joined the deskbird team to fly the coop and spread his wings in a new adventure, hoping to create some state of art software along the way. 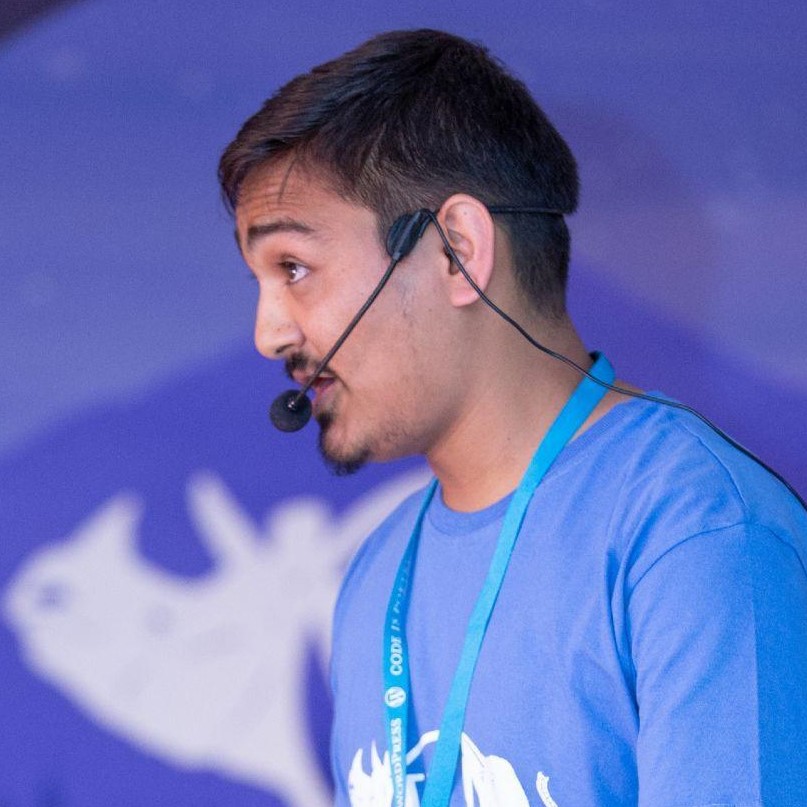 Before joining deskbird Sandip has spent quality time developing backend solutions in the fintech and e-commerce domain and holds a bachelor’s degree in Computer Science and Information Technology from Tribhuvan University(TU). 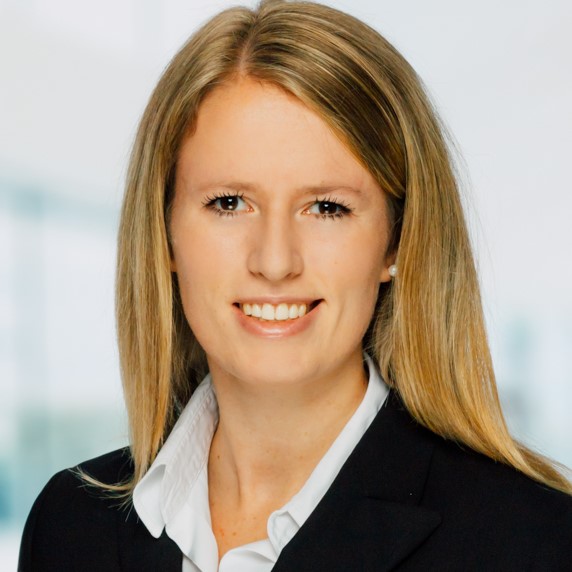 Having worked in various positions at BMW, Daimler and Bosch, Carolin then joined deskbird as a Business Development Manager. She holds a bachelor’s degree from EBS University in Germany as well as Sweden and currently completes her master studies in International Information Systems at the FAU in Erlangen-Nürnberg. 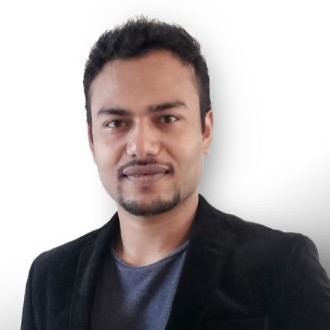 Abhi has more than seven years experience in software engineering and graduated from the Technical University of Munich (TUM) with a master’s degree in satellite application engineering. 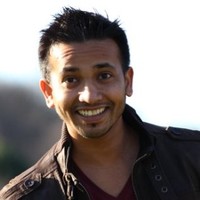 Jitu advises on backend and frontend development at deskbird. Jitu has more than seven years experience in software development with experience as a startup CTO. Jitu holds a master’s degree in computer science from the Technical University of Munich (TUM). 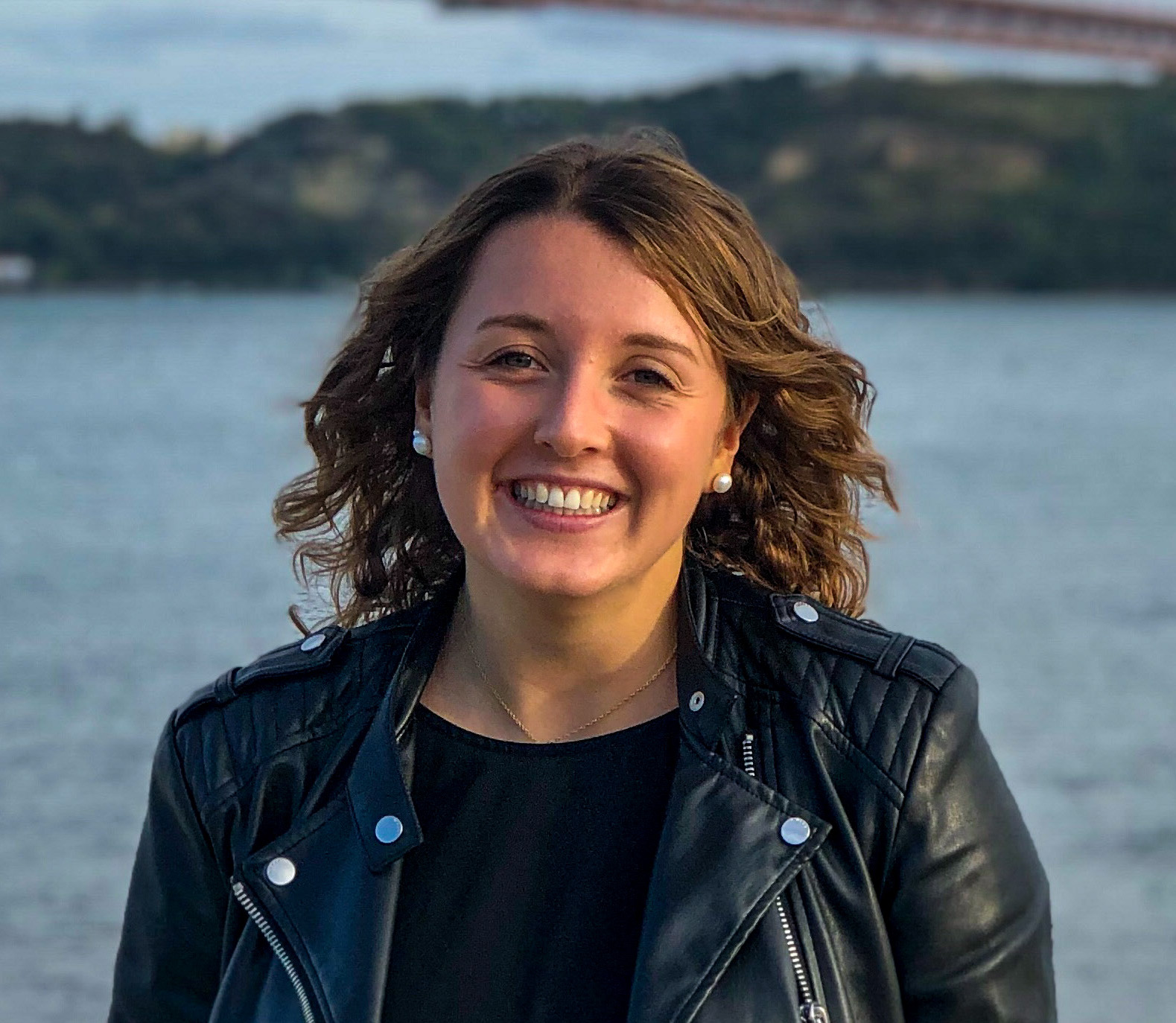 Julia has spent the last years working for French start-ups, before moving to Lisbon where she is completing a master's program in Management & Strategic Marketing. Several internships in the tourism, FMCG and machinery industries at multinationals as well as her full-time working experience allowed Julia to gather all-round marketing experience. 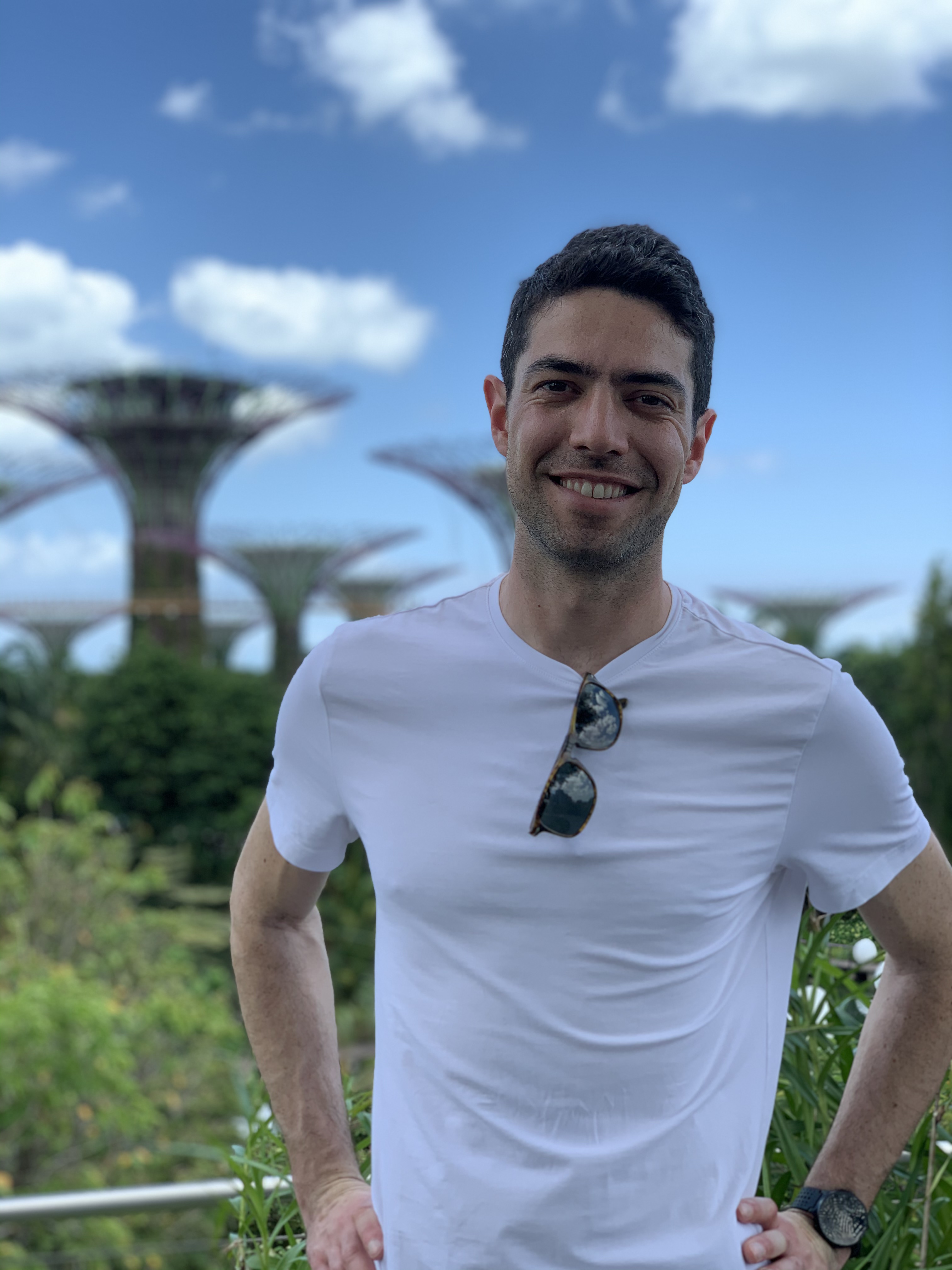 Diego's eclectic background started with an Accounting degree, but quickly took turns towards sales and partnerships roles. From Argentine radio and TV shows to film studios in London, with a stint as a yacht skipper in the Mediterranean Sea, he eventually settled in Barcelona. After launching several European markets with ClassPass, he now hopes to replicate his success by broadening deskbird's international horizons.

Our board of directors & advisors

Experienced board of directors and advisors to support the deskbird team. 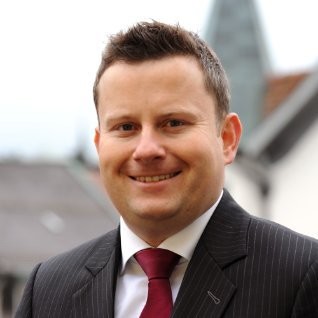 Raphael is the chairman of deskbird and supported the team from the very first hour. He is an experienced startup investor, business angel and partner & owner of J&K Rechtsanwälte AG. Previously, he was general counsel (member of the executive board) at the Wegelin & Co. Privatbankiers/Notenstein Privatbank AG and owner of a software company. Raphael holds a master’s degree in law from the University of St. Gallen and is a lawyer and notary in Switzerland. 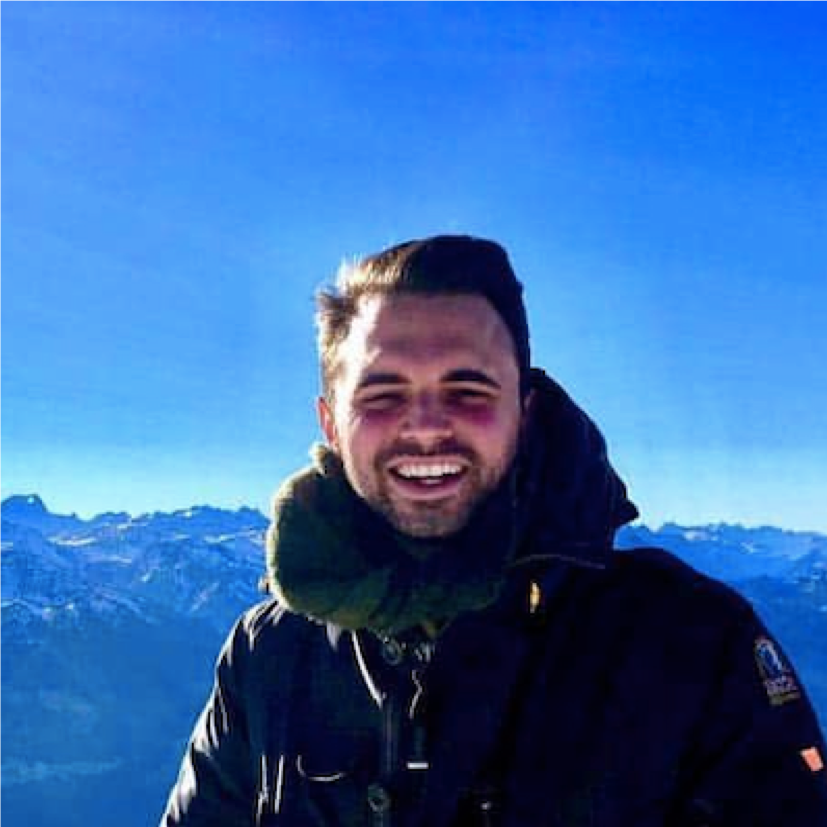 Dominik co-founded deskbird to help accelerating the future of work. He brings his finance and fundraising experience to the ambitious deskbird team. He currently works for a multi-family office focusing on Private Equity and Venture Capital direct investments. Prior to that, he worked in the Private Equity investment team at Partners Group and advised financial services companies as a consultant at EY. Dominik holds a master’s degree in Accounting and Finance from the University of St. Gallen and is a CFA and CAIA charterholder. 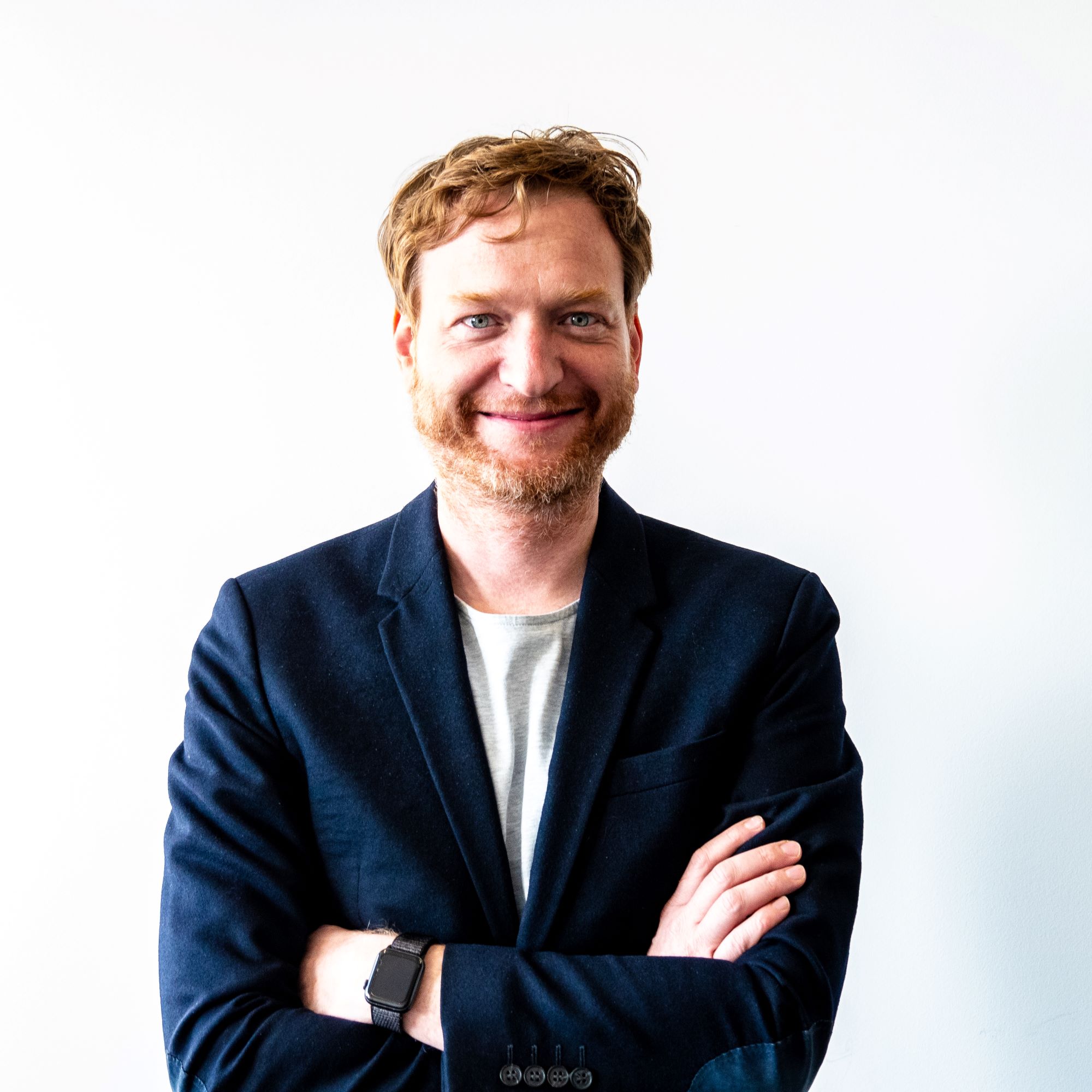 Andreas is an entrepreneur and angel investor. As an entrepreneur he is running Framos and cubemos. As an angel investor he actively helps startups to revolutionize industries either with technologies or a new approach, so this is why he passionately supports deskbird. Andreas studied at LMU and ran the Center for Digital Technology and Management in Munich which enabled him to study at MIT Sloan and UC Berkeley. Aside his work he tries to spend as much time as possible with his two young kids who teach him more than he can teach them. 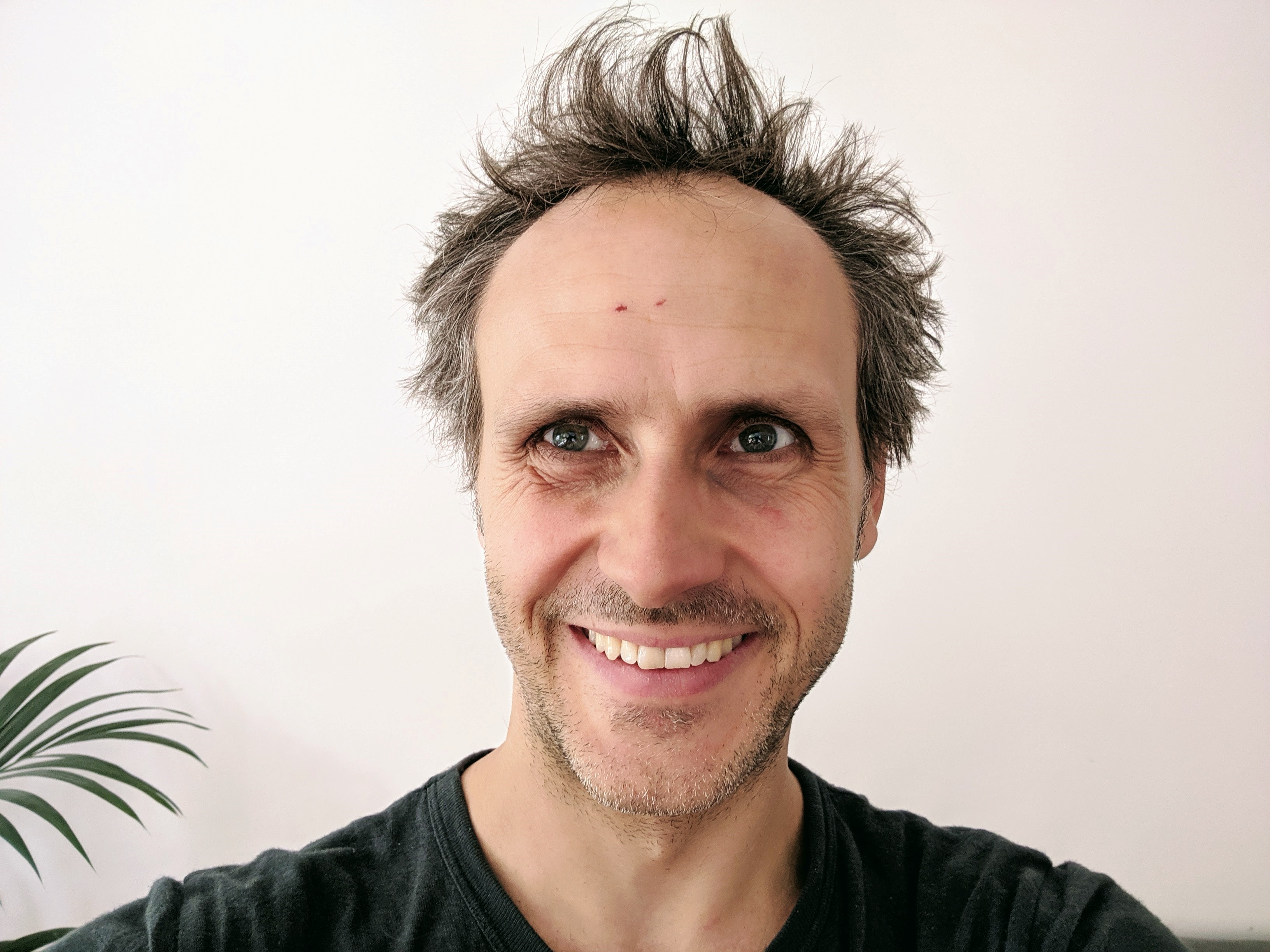 Matthias Möller is a serial entrepreneur and early stage investor. He cofounded several companies in the media industry and invested as angel in companies like Personio, NavVis, deskbird, SimScale or Metoda. Matthias studied Technology & Management at the University of Munich, the MIT Sloan School of Management and CDTM Munich. Being a passionate climber, mountaineer and skier, he is also searching for new challenges in sports. 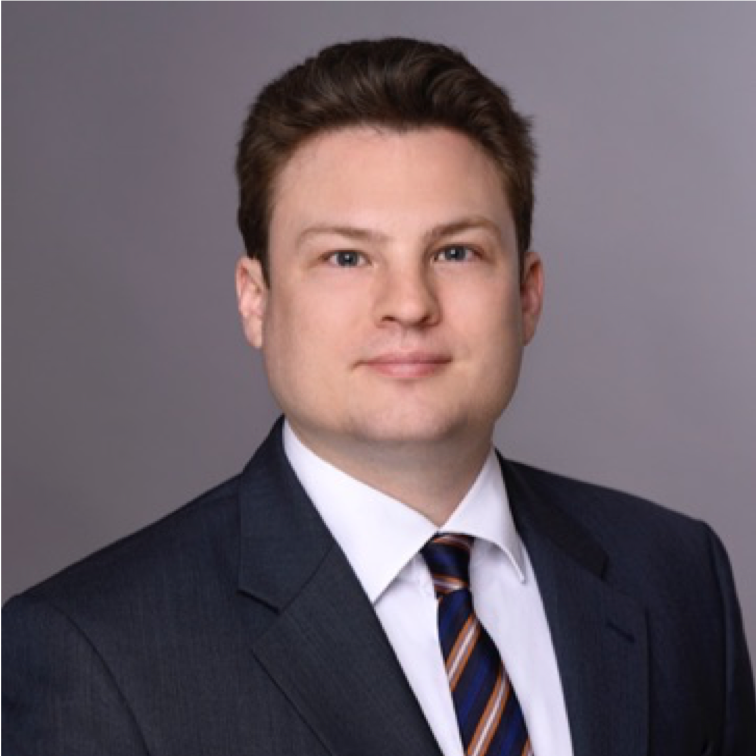 Raphael works as independent consultant for advanced analytics, automation, and artificial intelligence. The need to have access to flexible workspaces is also his pain point when traveling to his clients. Prior to his current position, he worked as an expert consultant at The Boston Consulting Group and as consultant at MunichRe. Raphael holds a PhD in Finance from University of Mannheim and a master’s degree in Engineering and Business Administration (Wirtschaftsingenieur).

Stay up to date

Thank you! Your submission has been received!
Oops! Something went wrong while submitting the form.